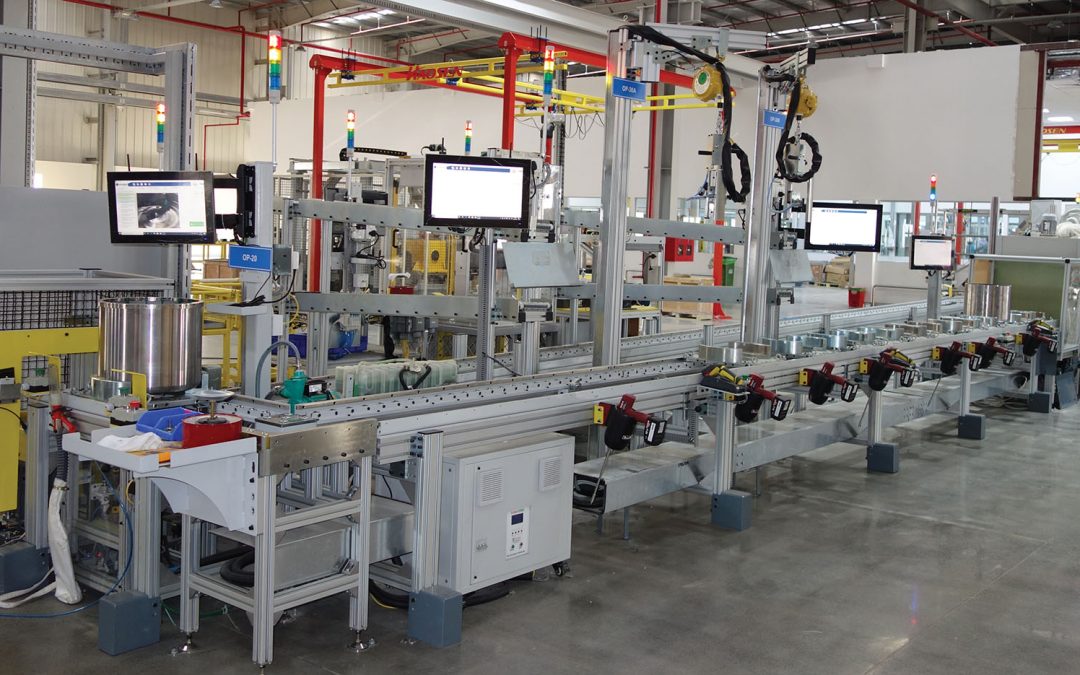 Your guide to safe and efficient EV manufacturing 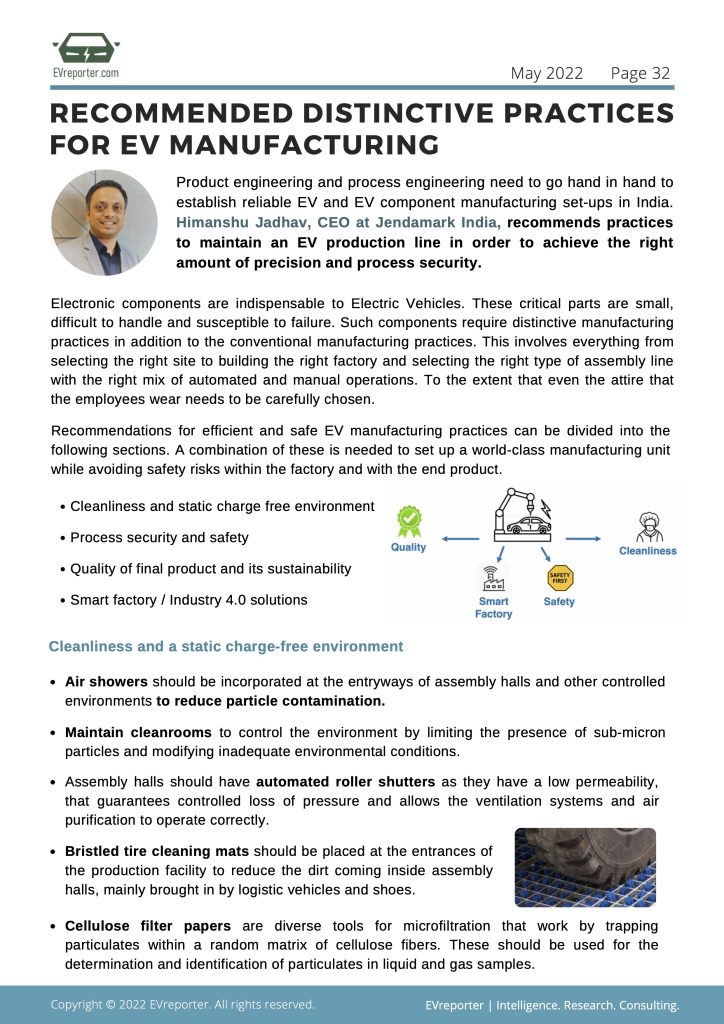 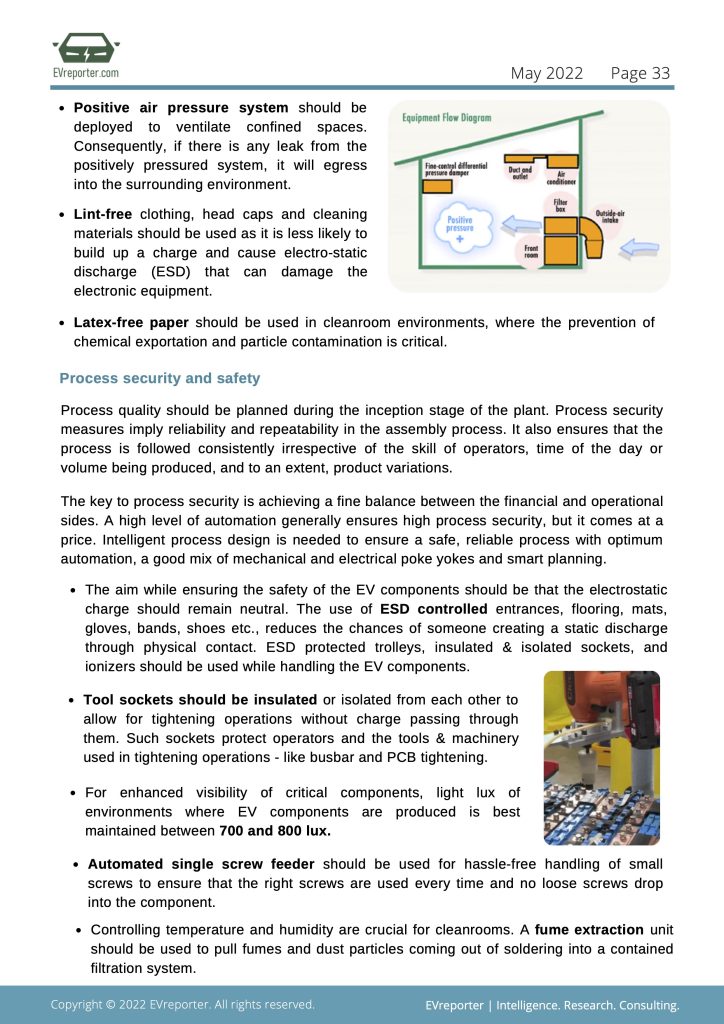 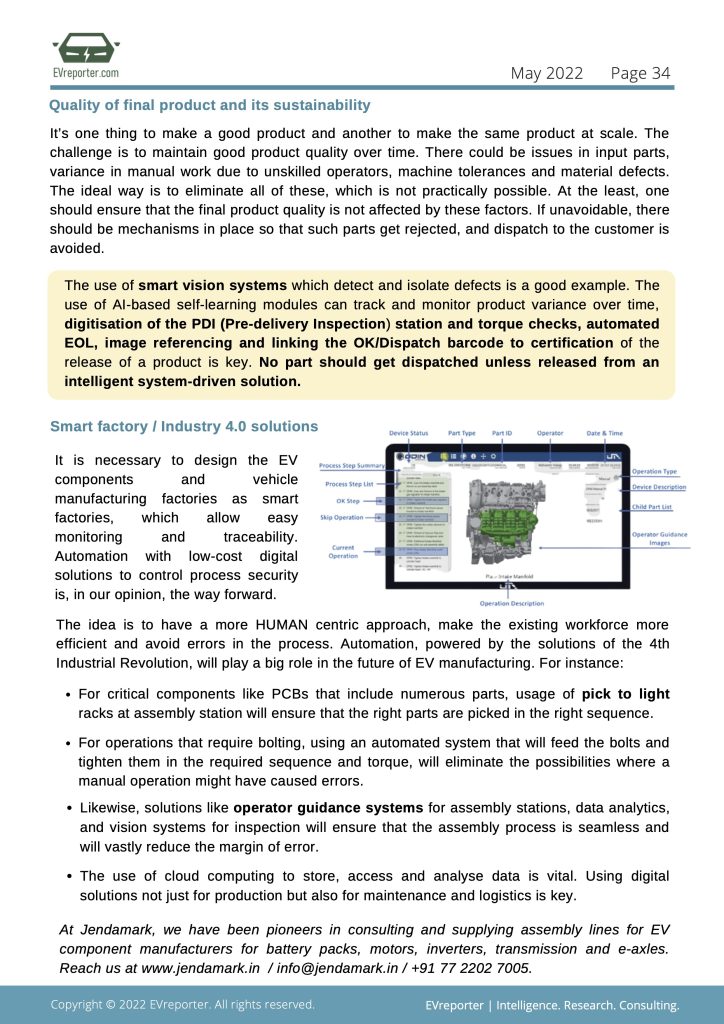 NOW we are proud to bring you our NEW full-service offering that includes:

We offer a ONE-STOP SHOP with flexible, complex engineering solutions:

We are proud to assist our automotive customers in meeting the Bharat Stage VI vehicle emission standards – and clear the air for a healthier, happier atmosphere in cities across India!

India can do it

Essentially, the lines assemble the canning section of the catalytic converter, which is an emission reduction device incorporated into the exhaust system of a vehicle.It is made up of a coated monolith and intumescent mat inside a stainless steel can. The mat acts like a spring and, when compressed, exerts pressure to hold the monolith inside the can.

“In its simplest form, the device converts hydrocarbons, carbon monoxide and nitrogen oxides into water, carbon dioxide and nitrogen. Using catalysts like platinum, palladium and rhodium, it takes in harmful gases and puts out less harmful ones,” explains Jendamark India CEO Himanshu Jadhav.

Assembling the canning section of the converter requires a great deal of accuracy, which is why most of Jendamark’s canning lines are semi- to fully automated, incorporating a wide variety of robotic, electronic and mechanical components to reduce the risk of human error, says Jadhav.

CHANGING NORMS
“As anti-pollution efforts ramp up worldwide, the catalytic industry is now worth billions of dollars and growing at a rapid rate, with new technologies continuously being implemented.”

Naturally, he says, keeping up with the burgeoning industry presents a number of challenges. “Because of varying global emission norms, catalytic convertors have become larger and there are more irregular and non-round shapes than before,” Jadhav says.

“At the same time, the canning lines are required to turn out larger volumes, with shorter cycle times.”

MEETING CHALLENGES
To deal with the ever-present challenges, Jendamark developed standard machines that accommodate at least 90% of the odd-shaped parts, while the small margin that do not fall within the standard part range are handled by custom-designed machines.

“We design the lines according to the customer’s specifications and deliver a product that outputs the volumes and cycle times required,” Jadhav says. Another innovation born of necessity is the hybrid line, capable of producing pre-and post-sizing parts using common equipment.

“We have created a prototype division that is helping Tier 1 suppliers and original equipment manufacturers with part and process development, as well as manufacturing prototype parts for use in test vehicles.”

ADDING ADBLUE
In addition to the standard canning lines, Jendamark also produces complete catalytic converter assembly systems with AdBlue technology. As Jadhav explains, AdBlue is a reagent, comprised of a synthetic urea solution, that is injected into the exhaust gases of modern diesel-powered vehicles, which emit more smog-causing nitrogen oxides than petrol engines.

“With the assistance of the catalytic converter, AdBlue changes toxic exhaust gas into harmless nitrogen and steam for cleaner emissions. It’s an essential element in modern vehicles fitted with a Selective Catalytic Reduction (SCR) system, which helps to meet the levels required under the Bharat Stage Six and Euro Six norms.” 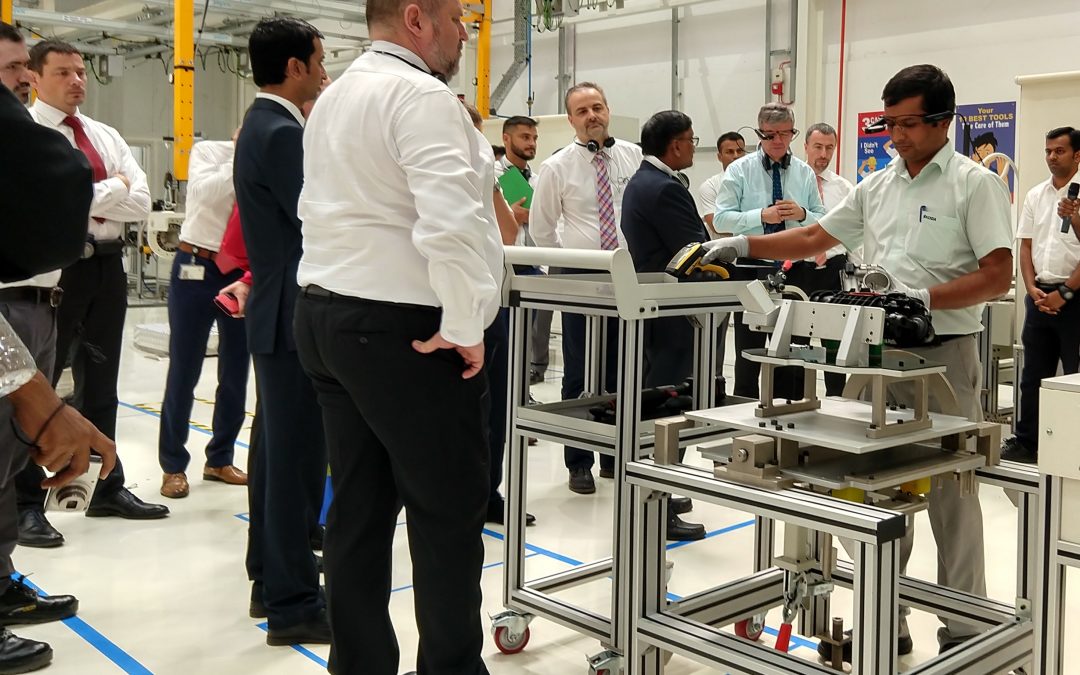 This year, Jendamark Techcellency (JMKT) delivered a first for India and its biggest order to date – an innovative engine assembly line that uses augmented reality to guide its operators.

In May, this line was installed in the Skoda plant in Aurangabad, where it is being used to assemble four-cylinder R4 and six-cylinder V6 engines. The €2.5 million production line, which took 10 months to complete, has successfully produced the pilot series of engines and is currently gearing up for a ramp up in volumes.

JMKT operations director Himanshu Jadhav says the Industry 4.0-driven project was not just a first for the JMKT
team but for the customer too.

“As a turnkey project, it was extremely complex and many of the aspects had never been done before. Our engineers spent a considerable amount of time understanding the requirements, coming up with innovative solutions and making it work.

“This line has several unique solutions – from a mechanical, electrical and IT point of view – which showcase our
capabilities as a leading tech-oriented company,” says Jadhav.

First among these is the use of augmented reality glasses in the production environment to guide the operator through the assembly process. There is also the extensive use of tools and gauges that transfer critical production data via a wireless network.

“All of these Industry 4.0 solutions are based on our Odin software platform,” says Jadhav.

“We also gave our customers a realistic feel for the line and a chance to suggest improvements – before a single part was manufactured – using THEIA, our virtual reality solution.”

The complete line entailed the design and manufacture of more than 300 items required for the assembly of the engine in the most cost-effective way, without compromising on quality.

Teams from South Africa, Germany and India were involved in every aspect of the project from design to execution.

“The whole global team put in long, hard hours but our passion to deliver and an uncompromising approach towards results saw us execute this project to the best of our abilities and ensure customer satisfaction.”