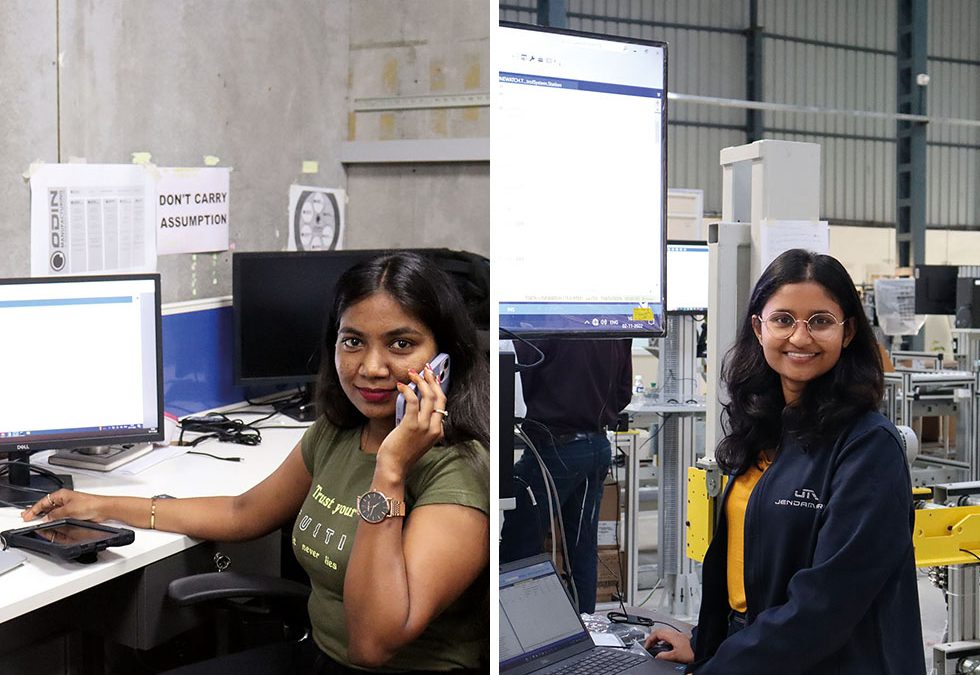 Two of Jendamark India’s software developers, Monali Chalwadikar and Pratiksha Sawalakhe, answer some tough questions about the challenges and opportunities for women in the tech industry. 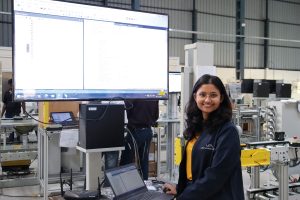 Q: Did you always know that working in technology was what you wanted to do?

MC: Honestly, I wanted to be a gynaecologist! Since I couldn’t get a merit seat in college, I opted for engineering. In saying so, I am very much into technology, so I am happy anyway. I have a phobia of electrical wires, so electrical engineering was definitely not an option. I had lot of interest in coding, so I chose computer science.

PS: No, I wanted to become a physiotherapist but because of a lack of knowledge and miscommunication about that field, I was not able to take admission. I did get admission to computer science engineering. Deep down, I knew that I had an interest in technical stuff. When I was about to take the admission for my 11th standard, I had to choose one optional subject, so I chose IT and then I got interested in technology. I used to create small websites and found it very interesting, so I decided to go into computer science. 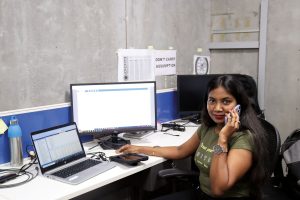 Q: It’s no secret that many women in the tech industry have felt their gender has affected the way that they are perceived or treated. Have you ever been in a situation like that? How did you handle it?

MC: Being a woman is one of the proudest things I can ever experience as a person. Though it sometimes has disadvantages in terms of the treatment or limitations we face because of society and culture. According to my experience so far in the tech industry, I have faced a situation where I have had to adjust or negotiate with regard to a certain privilege and facilities. Sometimes the male ego and insecurities, and lack of belief in my capabilities, also become a very big challenge. I have faced all the situations by having the right attitude, ignoring a condition which doesn’t add value to my personal and professional growth, and by proving myself with all my hard work. Nothing can stop a woman who really has the right attitude and dreams to achieve.

PS: No, I have never been in that situation.

Q: What do you think is the best part of being a woman in the tech industry?

MC: It doesn’t make any difference to me. Being a woman will not give you extra benefits or special treatment. I have achieved everything by proving myself and through all my hard work and right attitude.

PS: The best part as a woman in the tech industry is that you will get to improve your technical skills and personality. And you will never stop learning.

Q: Do you notice a lack of women in technology? If so, why do you think that’s the case?

MC: Yes. Because of lack of family support and sometimes because parents feel that it’s unsafe to support their daughters to leave their city and allow them to live on their own.

PS: Yes, I did notice a lack of women in technology. I think organisations should initiate recruiting more women employees and give them the chance to prove themselves. We need more women who are willing to take on leadership positions. We live in a profoundly connected and global world, and companies that are more diverse will achieve better performance. But my experience tells me that time will not solve the gender leadership gap.

Q: What advice would you give a woman considering a career in the tech industry? What do you wish you had known?

PS: My advice to any woman would be never to miss any opportunity, no matter whether you are in college or an organisation. Just make sure you do your best because small opportunities can make a big difference and it will give you the experience that will definitely take you further.

Q: You’ve both described yourselves as introverts, and even wrote about ​how to network as an introvert​. What is the most difficult thing about being an introvert in the tech industry? How have you overcome it?

MC: When I joined Jendamark India as a fresher, I was an underconfident woman though I had full faith in my abilities. Being an introvert, initially I was struggling to take help from the right connections, and, because of that, I used to get stressed out about not being able to complete a task on time. Then I worked to change into a talkative person, who started communicating with the right people, doing customer presentations, travelling alone, dealing with customers, and late-night, on-site work with seniors. This really helped grow my confidence.

PS: As a Jendamark employee, you get to explore and learn new things. As an introvert, I felt very shy to contact a person I didn’t know, but in my role, I have to speak to people from other departments too. My colleagues help me a lot in becoming a bit more extroverted. 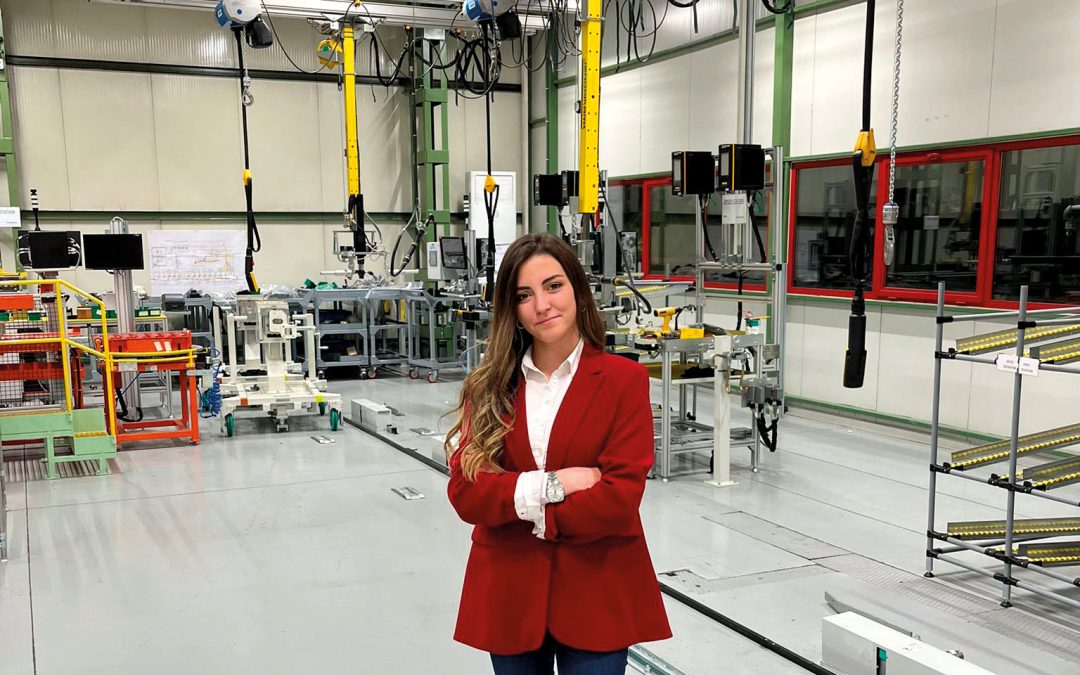 Turkish manufacturer Erkunt Traktör A.Ş. recently entered into a joint venture to build engines for Mahindra. It is the first time that these engines are being assembled outside India, on an assembly line developed by Jendamark India. Erkunt’s PLC automation engineer, Tuğçe Karakuş, explains how ODIN Manufacturing contributed to the project’s success.

Q: The Mahindra engine is usually assembled in India. Did the use of the ODIN system play a big part in enabling the transfer of this local knowledge and skills to Turkey?
A: Normally, Mahindra engines were assembled in India and then sent to Erkunt Traktör. With the ODIN system, we can now successfully perform this assembly process in Turkey. ODIN Workstation takes our operators through the process step by step: which bolts we need to tighten, with how many torques, and not to forget important details, such as completing the fine measurements and all the necessary tests. The ODIN system ensures the correct completion of the engine assembly. The first engine we completed in Turkey with the ODIN system worked successfully and there were no major problems.

Q: How did having animated work instructions, which were translated into Turkish, give your operators confidence and make a difference to the whole assembly process?
A: The fact that the work instructions were strengthened with visuals and presented in Turkish was very useful because it was simple and easy for operators to understand. It has eliminated any confusion during assembly, allowing the operator to do their job more comfortably and ensure complete engine installation without forgetting the steps.

Q: Were there any challenges with the assembly process and how did the ODIN system contribute to solving them?
A: The ODIN system facilitates many operational steps. For example, when tightening more than one bolt, it ensures that each bolt is tightened to the correct torque and the bolt is not skipped. The operator must complete all operations in the correct order; by following the barcode, the system does not allow them to skip a step or station. Obviously, all the difficulties decrease to the minimum level if the ODIN system is followed correctly.

Q: Your customer, Mahindra, could log in to the system and monitor in real-time how the production process was going. How did having access to this data contribute to a transparent and good working relationship between Erkunt and Mahindra?
A: The detailed report provided by the ODIN system is the best solution for us to be able to see all the steps that the engine went through during assembly, and all the data from when the process started to when it finished. It informs us in a simple and transparent way, giving us the details of the assembled engine, and what is happening on the line.

Q: We understand that you were hired specifically to take care of the ODIN system. Tell us a bit about your role and your experience on this project.
A: I’m a PLC automation engineer in the Erkunt team on this project. My role is to ensure that the ODIN system and PLC always work correctly and completely. I am working on the necessary controls, maintenance and troubleshooting on the line. I ensure that a new operation is defined in the ODIN system, that operations are kept up-to-date and always live without ever disconnecting. It’s been a truly enjoyable experience. I am very happy to work with the Jendamark team. When the ODIN Manufacturing system was implemented, the Jendamark team always worked with smiling faces and never hid their knowledge.